Change is good, right?  Nothing ever stays the same and so it’s time to announce a few changes at the Eagle Landing Golf Club and The Landing Bar & Grill.

After almost 4 years, Mike Brooks, our General Manager, has accepted a new position at the North River Yacht Club in Alabama.  His last day is March 10th so stop in and join all of us at Eagle Landing in wishing he and his family well in this new adventure! 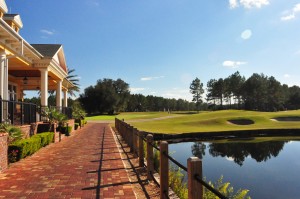 Starting March 14th, our new General Manager, Rob Dugan, will be the man in charge!
Rob is moving north from the Bonita Bay Country Club in Bonita Springs, Florida.  Rob has also worked for the Arnold Palmer Group at The Presidio Golf Club in San Francisco, California where he worked under Jamie Miller who is now the Director of Operations at Walt Disney World Golf.

He is excited to get started and to be part of the future of Eagle Landing.  One of his first tasks will be finding a new Food & Beverage Director as Chester Read has moved on to other opportunities.